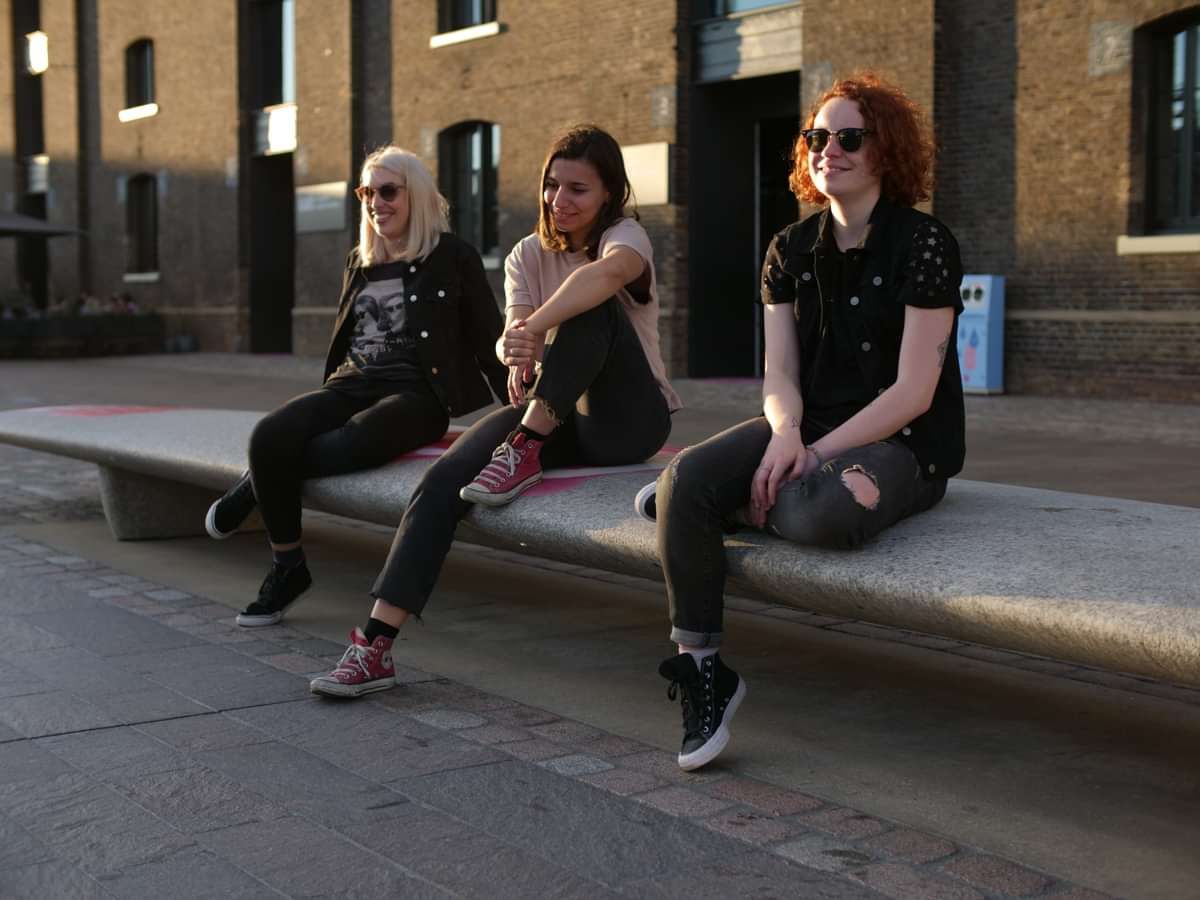 A three piece with a penchant for effortlessly combining off-kilter melodies with guttural grunge, London trio BERRIES have been turning heads up and down the country for a number of years. Their vast array of singles have earned the band crucial support from the likes of Huw Stephens, Steve Lamacq and John Kennedy, as well as online championing from Louder Than War and Fred Perry.

It’s not just offstage that the band have impressed, however. Working regularly with national promoters DHP, recent notable shows include Cherry Glazerr and Porridge Radio at Electric Brixton, Ex Hex at Village Underground, and supporting Frank Turner at a socially distanced acoustic show in Nottingham.

Perhaps most notable, the latter show came about after label founder Charlie Caplowe showed Frank some of the band’s recordings. Obviously impressing Frank enough for him to offer a support slot, a slot which in turn impressed the label so much that they offered the trio a record deal off the back it. “Everyone at Xtra Mile is incredibly excited about our new signing BERRIES,” says Caplowe. “They feel like a perfect fit for the label and we can’t wait to get new music out there ahead of a debut album in 2021.”

Said new music is ‘Copy’. Four minutes of snaking guitar licks, frenetic percussion and an ever-present undercurrent of fuzz-heavy melody, it’s quintessential BERRIES while feeling like the band taking the next confident steps forward in their career.