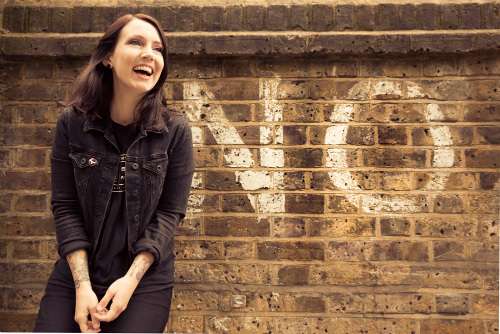 Billy the Kid (real name, Billy Pettinger) has forged her own unstoppable path since her teens. After putting together energetic punk-fueled band Billy and the Lost Boys, releasing three albums and touring wherever the road took them, she broke out on her own. This led to travelling overseas, funding albums with fan generosity, and utilising her ingenuity, like writing a children's book and auctioning her paintings to pay for European tours. 2014 saw the release of her fourth album Horseshoes & Hand Grenades, produced by Frank Turner, as well as featuring his playing, a vocal duet, and the drumming of Sleeping Souls member Nigel Powell. In turn, this brought her the chance to support Chuck Ragan and fellow Canadians Northcote, the riotous and righteous Against Me! and the legendary Billy Bragg, finishing the year playing alongside Frank Turner, The Horrors, and To Kill A King at the XFM Winter Wonderland celebrations. There's plenty more to come from Billy, and there's no stopping the effort, endurance and heart that she brings with her.